Theatres
The land of Bergamo gave so much to the world of theatre: from the genius of opera Gaetano Donizetti to the character of Harlequin, who enriched the Commedia dell’Arte along with other stock characters from our city.

Around the XVI Century a peculiar popular literature was born, destined to bring the name of Bergamo all over Italy and Europe, as well. In fact, the so-called “bergamasco” is one of the most significant traits of the “Commedia dell’Arte”.

Moreover, from the late Middle Age on, Bergamo’s language, behaviour and characteristics entered the world of Theatre. Harlequin and Gioppino are the two most renowned and beloved stock characters from Bergamo. Speech, parody, carnival, bizarre costumes, amusement and also dances.

In fact, bergamasca is the name of a popular and bustling dance, also mentioned by Shakespeare in his masterpiece A Midsummer Night’s Dream, used frequently in the Commedia dell’Arte.

Today, Bergamo’s two main theatres are the Teatro Donizetti and the Teatro Sociale, one in downtown centre and the other on the hill, respectively. They both offer many kinds of shows, from opera, to international piano festivals, plays, seminars and dance festivals.

Bergamo also has other theatres, such as the Creberg Teatro, hosting many interesting musicals, cabaret shows and concerts, or even the San Giorgio theatre, which specializes in children's shows. Moreover, our province is also rich of outstanding shows, so you will be spoilt with choice, indeed: let the curtain rise! 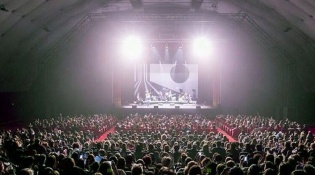 Thanks to its large size and the modern structure, the Creberg theatre is...
THEATERS
Add to MYVISIT 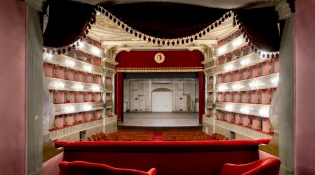 The theatre was named after the most celebrated music composer from...
THEATERS
Add to MYVISIT 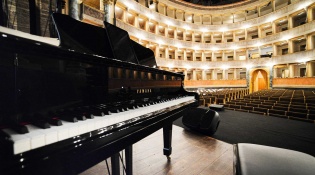 Teatro Sociale - Theatre of the...

An architectural jewel dating back to the XIX Century, hidden among the...
THEATERS
Add to MYVISIT
SEE ALL PROPOSALS
MYVISIT