The flat area south of the town can be divided into higher plain and lower plain. The higher plain stretches between the rivers Serio and Brembo, whereas the lower plain is split into two parts, Gera D’Adda (in direction of Milan) and Calciana (towards Brescia).

The via Francesca, a Roman road re-opened in the 9th century, splits the plain into two areas. The northern side is marked by morainic and permeable soil, small factories and fields planted with cereals.

The southern side is formed by a well-irrigated plain, impermeable soils that brought about the phenomenon of resurgence; extensive crops characterize large estates.

The Caravaggio Sanctuary, in the heart of the flatland, is the most famous...
CHURCHES
Add to MYVISIT

Is it a fortress of a cultural site? Its ancient walls protected it from...
CASTLES
Add to MYVISIT 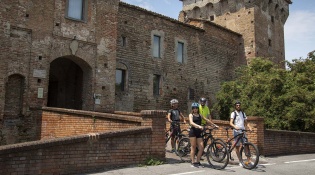 Tour of the Bergamo plain’s castles
PERCORSI
Add to MYVISIT 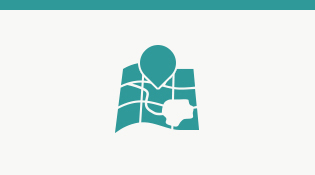